Shri Jagdishprasad Jhabarmal Tibrewala University (SJJTU) came into its pious existence in 2009. The university has been marching ahead on its uphill journey since its inception. It has since become synonymous with dedication, commitment, and service to the community in the remote area of the Shekhawati region of Rajasthan. SJJTU recognized for its impeccable credentials of being a top-ranking university among private universities all over the state.

SJJTU owes its emergence to the divine inspiration of the almighty who counseled Shri Rajasthani Sewa Sangh, Mumbai to found the University in the name of Shri Jagdishprasad Jhabarmal Tibrewala Ji. SJJTU is seeking strategic alliance and academic collaboration with topmost institutions in the field of research and other disciplines. SJJTU is established by an act 2009 vide f2(5)vidhi/2/2009 of the state legislature of Rajasthan and recognized by UGC under section 22 of the UGC act. SJJTU is well-equipped with an extensive infrastructure, containing state-of-the-art facilities.

The campus boasts of a spacious and well-maintained sports complex for outdoor and indoor games. The self-contained thirty-acre sprawling campus is strategically located on the

Jhunjhunu-Churu state highway road in its green natural environs. The university campus is located 198 km from Jaipur city & 263 km from New Delhi. There are well- equipped spacies laboratories for Institutes of Architecture/ Engineering/ Nursing/ Pharmacy/ Science. In addition, Advanced computer science laboratory comprising a modern technical setup with high speed high-speed internet connectivity. SJJTU has highly qualified and experienced faculties (including Alumni of premier institutions of India). SJJTU is research-oriented and having a focus on innovations and novel research. SJJTU has the memberships of various trade associations like ISO, FICCI, COSIA, AIU and CSI India, etc.

To promote education SJJTU provides 100% & 25% tuition fee concession for girls & boys respectively who secured more than 80% marks in their qualifying examination for U.G. & P.G. courses. In addition, to promote girl education the university provides a 75% tuition fee concession for all girl students. The fee structure of SJJTU is very nominal with the aim to spread education to the masses.

SJJTU organizes several co-curricular and extracurricular activities to promote social events, literature, sports, culture, environment, and general awareness. Some of the activities are listed below:

Contribution to the Society:-

Important Activities by the University:- 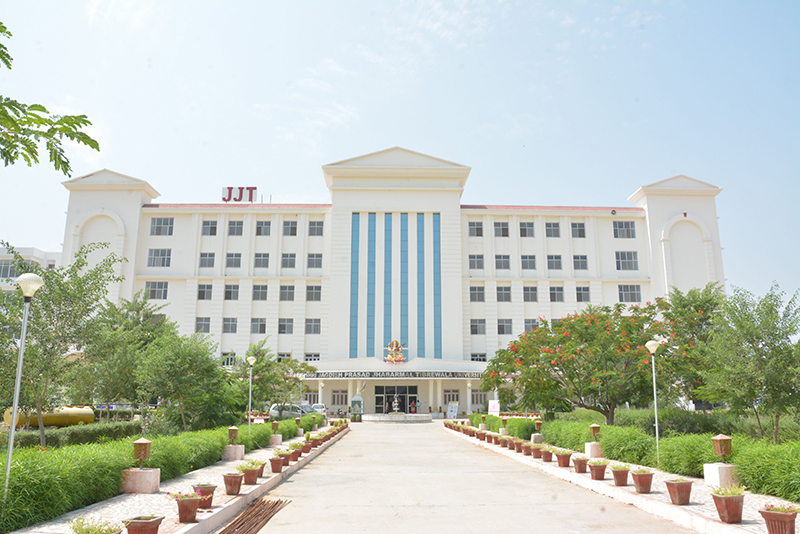